I am still thinking about Riyaad Minty’s reminder about people. One that I would like to share with you here with his permission

need someone write my paper

me. We’re not living in 2008 anymore folks. Yes, governments and people use twitter and facebook [and others. Thanks for pointing it out… again. Every news story is about PEOPLE. Real people. Who are impacted by something that most of us can never really understand. We sit and go through a ton of unedited footage of the
direct impact a bomb blast has on community, on a family. It’s shocking. It’s horrific. It’s real. Stop talking about the technology. Talk about the people and the issues – this applies to every story, from war to protests to natural disasters. And I say this as someone who runs the Social Media for one of the largest news organisations in the world.

It is particularly apt for technologists and a very important thing to remember when we talk about the systems that we make. It is just as important to focus on the people behind the stories, the report behind the red dot. A reminder to empathize, and whenever possible to assist in the alleviation of suffering. As humans we seriously need to be reminded what it means to have your life suddenly turned upside down. Whatever form that might be. Be it from poverty, war or natural disaster. We’ve seen so many affected, from Haiti, Cuba, North Eastern America, to Palestine and Israel and in my current location – Kenya. We need to zoom in, care and assist someone. Start somewhereâ€¦and as Jen Pahlka of CodeforAmerica recently told me. Lets work on the hard stuff. 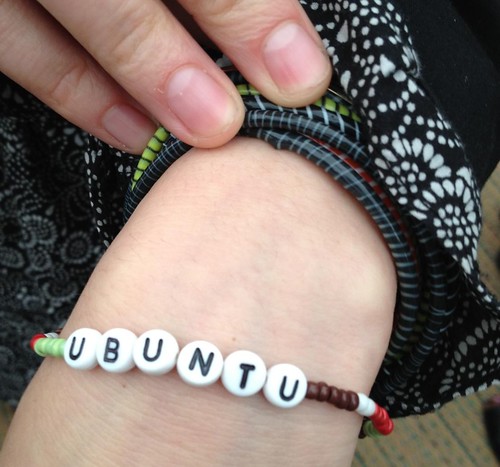 I am getting increasingly interested in Complex systems science, not just to understand our complex world, but also to learn what can be done in terms of collaborative problem solving. The pre-eminent organization NECSI that studies this makes a point that I think bears repeating, and points as to why we should exceedingly care about individuals when systems start breaking.

“Losing pieces indiscriminately from a highly complex system is very dangerous,” said Dr. Bar-Yam. “One of the most profound results of complex systems research is that when systems are highly complex, individuals matter.” According to Bar-Yam, understanding the weaknesses of civilization is critical to our ongoing existence. “Complexity leads to higher vulnerability in some ways,” he said. “This is not widely understood.”

This site uses Akismet to reduce spam. Learn how your comment data is processed.